There are many economic concepts that you go through in your school or the higher education life. So, you might have heard about the fiscal policies and relevant terms. Fiscal is related to financial wellbeing. It can either be in deficit, consolidation, or even in the surplus. Therefore, in this guide we will be talking about the Fiscal consolidation and the FRBM Act.

The full form of the acronym FRBM Act is the Fiscal Responsibility Budget Management Act. We completely understand that many of you are puzzled with these complicated terminologies. Hence, we have brought this guide for you to highlight key information related to the same.

Know all about the Fiscal consolidation

What is all about the Fiscal deficit?

To put simply, Fiscal deficit is the key indicator showcasing the financial health of the Government. More important, it shows how much the gap is between Government borrowing and exporting. There are two major deficits that are associated with the government are Fiscal deficit and the Revenue deficit.

In the year 2000, under the NDA –I government,  then Prime Minister Atal Bihari Vajpayee introduced a bill to provide the legal backing and the financial discipline of our nation. That bill is called the Fiscal Responsibility and Budget Management Act. However, it was not the same year when this bill was passed. The FRBM was passed in 2003 where the Indian parliament decided to improve the financial discipline of the nation. Certain measures that this bill included were proper public funds management, strengthening fiscal prudence, and reducing its fiscal deficits. All in all, the motto was to minimize the financial burden from the nation.

Salient Features of the FRBM Act

The entire post highlighted the key information about the FRBM act and the financial consolidations. From an exam point of view and to boost your financial literacy, these modules are relevant. On the internet, there is a plethora of information that exam aspirants must consider. 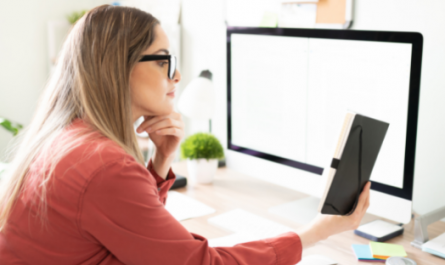 Thinking of becoming a content creator? Here’s what you need to know!