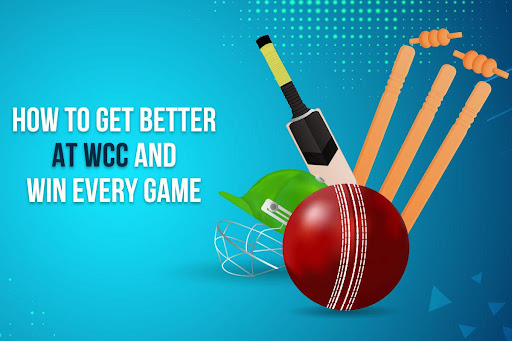 Cricket is one of the few sports globally that has billions of followers. It is the second most-watched sport globally and has tons of ardent fans who actively keep up with all the happenings of the “Gentleman’s Game.” There are numerous theories about the origin of the game. According to Britannica, cricket is believed to have begun around the 13th Century. Currently, the sport’s popularity is exponentially increasing, and the sport’s growth will not decline anytime soon.

Besides following all cricket-related events closely and playing fantasy cricket, enthusiasts also love to indulge in online cricket games. One of the most popular cricket mobile game franchises globally is the “World Cricket Championship,” or WCC. Over the years, there have been multiple versions of the game. One of the most popular iterations of WCC that cricket enthusiasts love to play is WCC2. To play the WCC2 game, players who own an iPhone can conveniently download the official iOS application from the App Store.

On the other hand, Android users can play the game by navigating to the game’s official website, entering their phone number to receive a download link, and downloading the app by clicking on the link. Once the download is complete, players can register themselves on the app and install the game to begin playing. WCC2 features appealing 3D graphics and offers many game modes, including the classic 1v1 mode and a multiplayer mode where players can choose to play against their friends or other online opponents. Besides this, the game features tons of engaging animations and camera angles, enhancing players’ gaming experience.

WCC is a highly-renowned game with millions of players worldwide, and therefore, the level of competition is very high. Hence, players who are looking to get better at WCC and win every match against their opponents can implement the following tips and strategies:

One of the most efficient ways of having a solid hold in any WCC game is to have precise knowledge about how the controls work. Since the game is virtual, there are tons of rules present, which players can master by playing the game and practicing consistently. Whether it is batting or bowling, knowing and using the controls accurately is one of the best ways of overpowering opponents in the game. Most game controls are swipe-based, so players should learn how and when to use them. Timing is another critical factor that determines whether the ball hit or delivery bowled will have a positive outcome or not. Hence, players should try using the game’s practice mode to master the controls and perfect their timings.

While batting, players should opt for the proper batsmen to include in their lineup and take every chance to score more runs and put a higher target on the scoreboard for the opponents. Players can play two varieties of shots, namely the lofted shot and the ground drive shots. As the name suggests, playing a lofted shot will cause the ball to soar high. However, the timing will determine whether the delivery gets converted into a boundary or a wicket. On the other hand, playing ground drive shots allow the players to ease the bowled delivery through gaps to take runs or score boundaries.

Even though grounded shots are easier to play and master, lofted shots allow players to accumulate more runs quickly. In WCC, dot balls can be the difference between players winning or losing the match. Hence, by playing aggressively from the beginning of the match and trying to score boundaries on every ball, players can conveniently set up a massive total for the opponent team, which the latter might not be able to chase. Since hitting every ball can be risky, players should hit the ball precisely. To do so, players should determine the pitch’s condition and look at the placement of fielders. Once they have a clear idea about both, players can follow the bowled delivery’s movement to time their shot perfectly.

When it comes to bowling, players should customize their bowling lineup first. There are numerous bowlers on the menu that players can choose from, including spinners, pacers, medium-pacers, etc. Fast pacers are perfect for beginners who are not familiar with the controls. On the other hand, players using spinners need to know where to place the ball’s drop location on the pitch to have a favorable outcome.

Customizing the bowling lineup also depends on the players’ vision for the game. For instance, if the player wants to give the opposing team’s batters a hard time, they should opt for more spinners as spinners can manipulate the ball better. However, if players have a good hold over pacers and they want to rely on speed and accuracy to bowl dot balls and take wickets, they should select more fast bowlers in their squad. Delivering accurately-placed balls is one of the most effective ways of ensuring that the opponents do not score a high total or they do not chase the set target too effortlessly.

By playing WCC frequently, players can also significantly improve their real-life cricket skills since the game offers players an immersive gameplay experience by featuring natural, lifelike elements. WCC enthusiasts who wish to improve their skills can follow the strategies mentioned above to get better and emerge triumphantly in every game.

Why Rummy Is A Pure Form Of Entertainment?

Rummy Is A Popular Card Game In Today’s Society